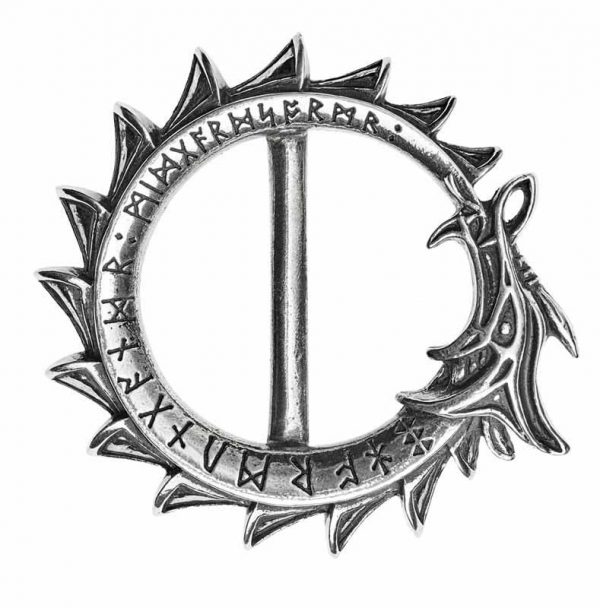 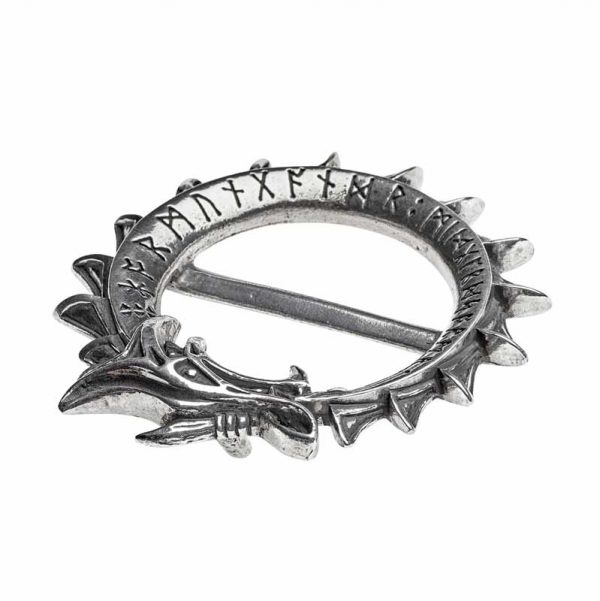 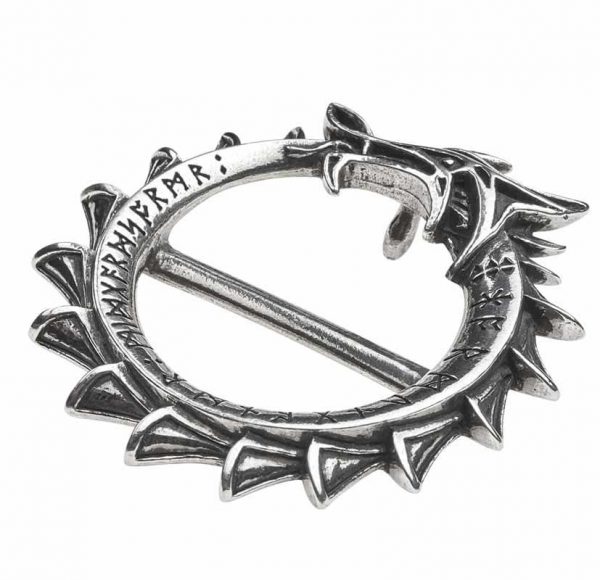 A robust, antiqued and polished pewter circular buckle in the form of a Celtic dragon swallowing its own tail, engraved with runes around its body. To fit a 1.5" (38mm) wide belt strap.

A child of the Norse god Loki, Jormungandr, the 'Midgard' or World Serpent is the greatest ouroboros. Encircling the ocean which surrounds the world; should the 'huge monster' release his own tail, the world will be at an end. The serpent's body is engraved with runes upon the front reading "Jormungandr Midgardsormr", which translates to 'Jormundgard the World Serpent'. In Norse mythology, Jormungandr also known as the Midgard Serpent or World Serpent, is a sea serpent, the middle child of the giantess Angrboda and Loki. According to the Prose Edda, Odin took Loki's three children by Angrboda the wolf Fenrir, Hel, and Jormungandr and tossed Jormungandr into the great ocean that encircles Midgard. The serpent grew so large that it was able to surround the earth and grasp its own tail and therefore received the name World Serpent.

Alchemy Gothic belt buckles are handcrafted from high quality solid English Pewter which is guaranteed free of nickle and lead. They are designed to be snapped onto a standard 1.5 inch belt.